We are sorry but your browser is not supported by this website. For security reasons, the payment of your purchases is not possible. We suggest you change browsers to improve the purchase process.

You may experience problems when displaying the seat map with your current browser; please use another browser. 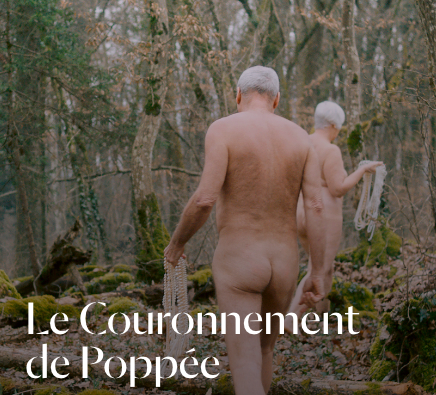 Iván Fischer and his Budapest Festival Orchestra are back with L'incoronazione di Poppea, Claudio Monteverdi’s second opera first performed in 1643, where the composer takes Eros out of the Greek myths and dashes him into human history. The story takes place in Imperial Rome, around 60 AD and tells of the rapid rise of the commoner Poppea in the emperor Nero’s favour, the latter's divorce from his wife Octavia, and Poppea’s coronation as the new Empress of Rome. With class conflict and echoes of the Black Lives Matter movement in the background, the conductor-cum-director strikes a pose and poses a question. In the title role of this brilliantly immoral and erotic opera, Trinidadian soprano Jeanine de Bique embodies a modern young woman who owes the softness of her skin to frequent baths of asses’ milk and the gentleness of her soul to her solidarity with oppressed minorities. Her ethnic and social origins, her intellectual world, everything separates her from Nero. But Love turns the world upside down while Freud nods his head.

More Less
This element can"t use with screen readers

Available visits for the {0}

Your cart is empty.

We accept the following payment types and guarantee that your Internet transactions are safe:

Your session will expire in seconds

Unfortunately your session has expired. Please reload the page to continue.

Your shopping cart has expired. Your order has been cancelled.

There are many customer currently visiting our website. In order to ensure everyone can access the website, we limit the time allowed to finish your order. Thank you for your understanding.

You have to complete your order.

The time allowed for placing orders has elapsed. Because our website is currently very busy, you will be redirected to the waiting room. If the wait time is not too long,your current cart will be preserved. Thank you for your understanding.

Your request is being processed.

Please wait...
Unfortunately, we are unable to process your request at the moment. We apologize for the inconvenience. Please try again later.
Please use Acrobat Reader to print the ticket.
Yes

Unfortunately, we are unable to process your request at the moment. We apologize for the inconvenience. Please try again later or refresh the page.

Unfortunately, we are unable to process your request at the moment. We apologize for the inconvenience. Please try again later.

Your session has expired because of inactivity. We apologise for the inconvenience.

Your session has expired because of inactivity so your ticket could not be generated. Please reload the page and log in again.

You may only modify your order from one tab or window at a time.

The maximal number of tickets for this order has been exceeded.

Your requests are not valid. Please edit the number of tickets you wish to purchase.

Unfortunately, you cannot distribute this file because the limit has been reached. Please edit your quota distribution in order to continue.

Configuration for quota distribution is not correct. Please check with your administrator.

You did not submit any tickets for this order. Please confirm that you want to cancel the order?

Cancel OK
We are sorry but your browser is not supported by printing tickets. Please try again after changing browser.